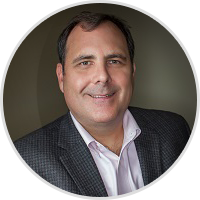 Greg attended the University of Texas at Arlington from 1982-1985 and earned a Bachelor of Arts degree in history with a minor in Russian. Greg went to law school at the University of the Pacific McGeorge School of Law in Sacramento from 1988-1991 and received his Juris Doctor degree and was admitted to the State Bar of California in 1991.

Greg is a former deputy attorney general in Nevada, where he represented the Nevada Highway Patrol and the Department of Motor Vehicles and handled cases all throughout Nevada, including Reno, Carson City, Las Vegas, Elko, Winnemucca and Fallon.

Greg has had over 24 years of trial experience including dozens of criminal misdemeanor and felony criminal trials, civil trials and administrative hearings from local school districts through civil service commissions, the California Workers’ Compensation Appeals Board and the Merit Systems Protection Board. Greg has actively practiced in California, Nevada and Texas in the areas of criminal prosecution and defense, family law, civil litigation including personal injury and employment law as well as workers’ compensation.

Greg previously volunteered for several years as an attorney coach for the Mock Trial Team at Parlier High School in Parlier, California led by the very dedicated teacher, Alex Balmanno.

Greg loves history and the law and is in the process of organizing and preserving information related to very significant trials of the past which are now being forgotten in history. Greg is accumulating information of all kinds such as transcripts, newspaper and magazine articles, books and the like relating to the State of Texas v. Jack Ruby from 1964 in Dallas and the 1979 trial, People v. Daniel James White, in San Francisco. Greg has traveled from Fresno to Washington, D.C. to Texas and all over California gathering information, including trial transcripts, including visits to the National Archives in College Park, Maryland, the San Francisco Public Library and the Sixth Floor Museum in Dallas. Greg’s goal is to make all of this information available on a website so law students, attorneys and others can learn from these fascinating but forgotten cases. Greg is also working on an oral history project on the Dan White case.

To discuss your legal situation and determine the best course of action, schedule a consultation today.
Schedule Consultation