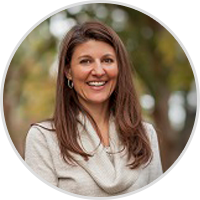 April Sjostrand joined the Law Office of M. Greg Mullanax in May 2012. She works as a paralegal in employment, personal injury, civil rights and workers’ compensation law. April assists Greg in the day-to-day operation of his practice.

April is a native Californian and grew up in Napa. April moved from Napa to Fresno in 1992 to attend California State University, Fresno, where she earned her Bachelor’s Degree in Criminology, with an emphasis in Victimology. April began her legal career in 1997 as an assistant in a workers’ compensation law firm representing injured workers. Just prior to joining Greg’s practice, she worked several years as an assistant to a named partner in a workers’ compensation defense firm.

To discuss your legal situation and determine the best course of action, schedule a consultation today.
Schedule Consultation